Orchard blossom is the most beautiful period of the year 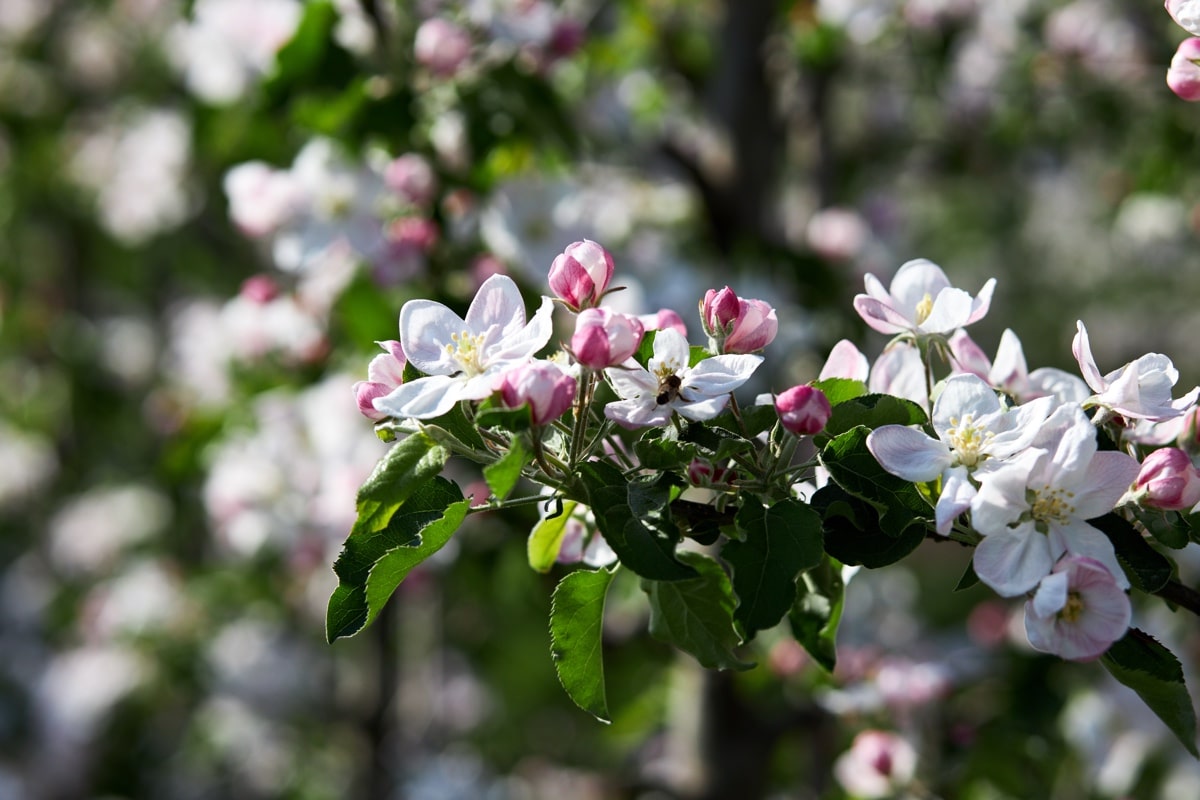 We are trying to maximize the number of automatic operations in different areas of activity while working in the orchard. But some of it done by nature itself. One of a kind is the pollination of flowers during the blossom period.

The population of bees worldwide is under dangerous downsizing. To solve this difficulty, besides honey bees we are using bumblebees and osmium.

We purchased colonies of bumblebees in special eco-hives. Bumblebees are the most efficient pollinators, they are fast, strong, enduring, and transport a lot of pollen. They fly at relatively low temperatures. Work from early morning until dusk.

In addition to swarming honey bees, there are also single bees mostly present in wild nature called osmium. They live in pairs (male and female), do not produce honey, and do not build honeycombs. We manually built a special type of housing for osmium, protected from direct sun and rain.

Due to the presence of our little helpers-pollinators in the garden, we work carefully not to harm the environment and strictly follow the regulations provided by GLOBAL G.A.P. 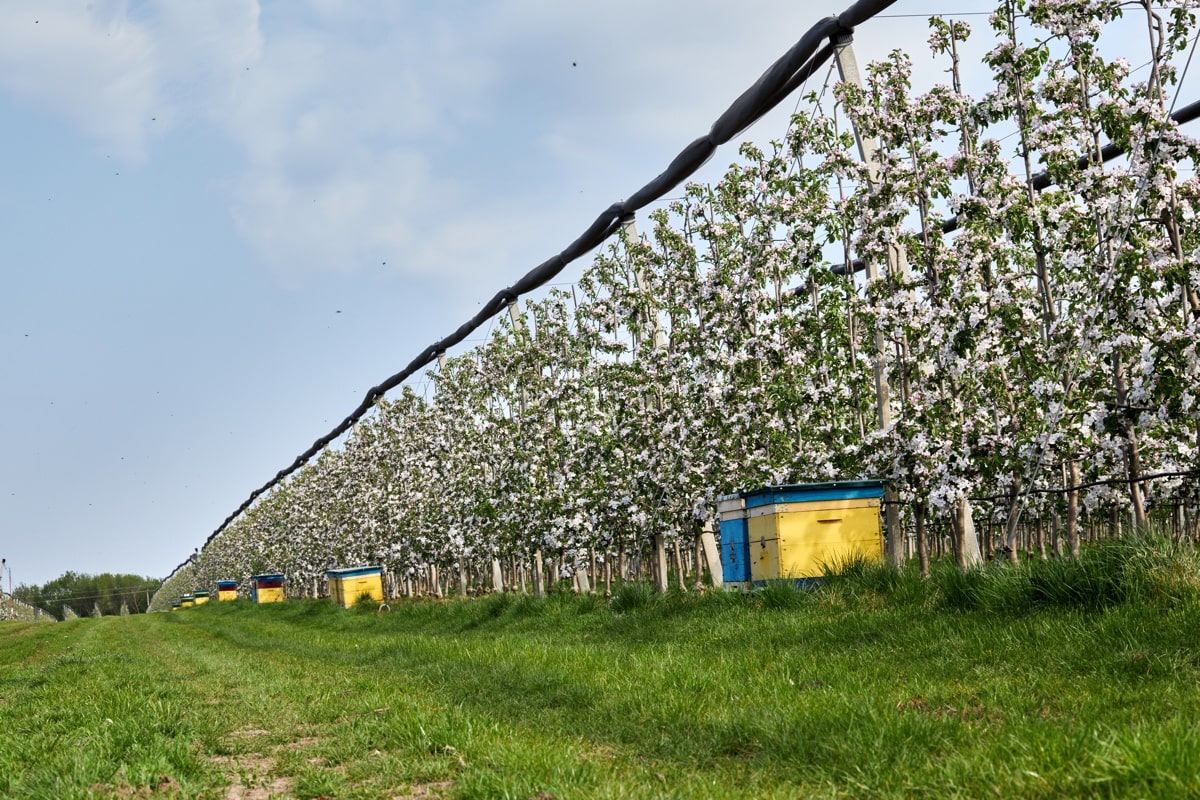 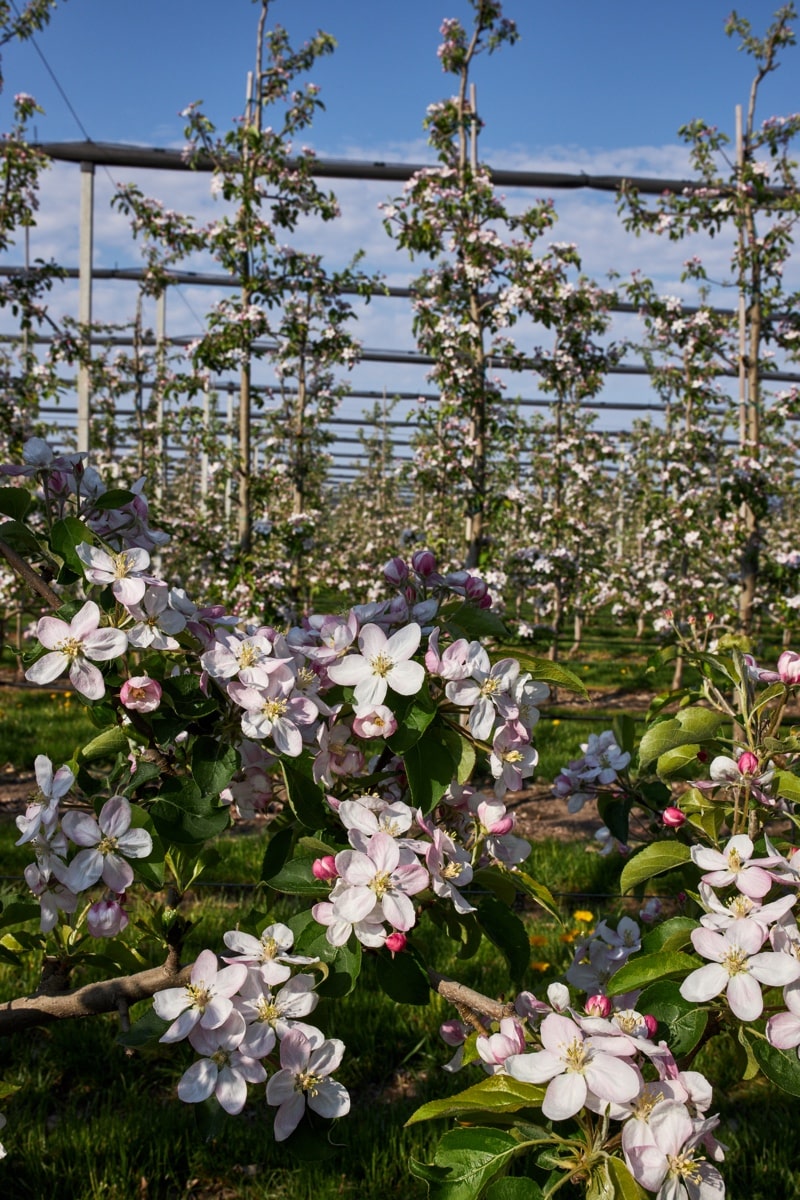 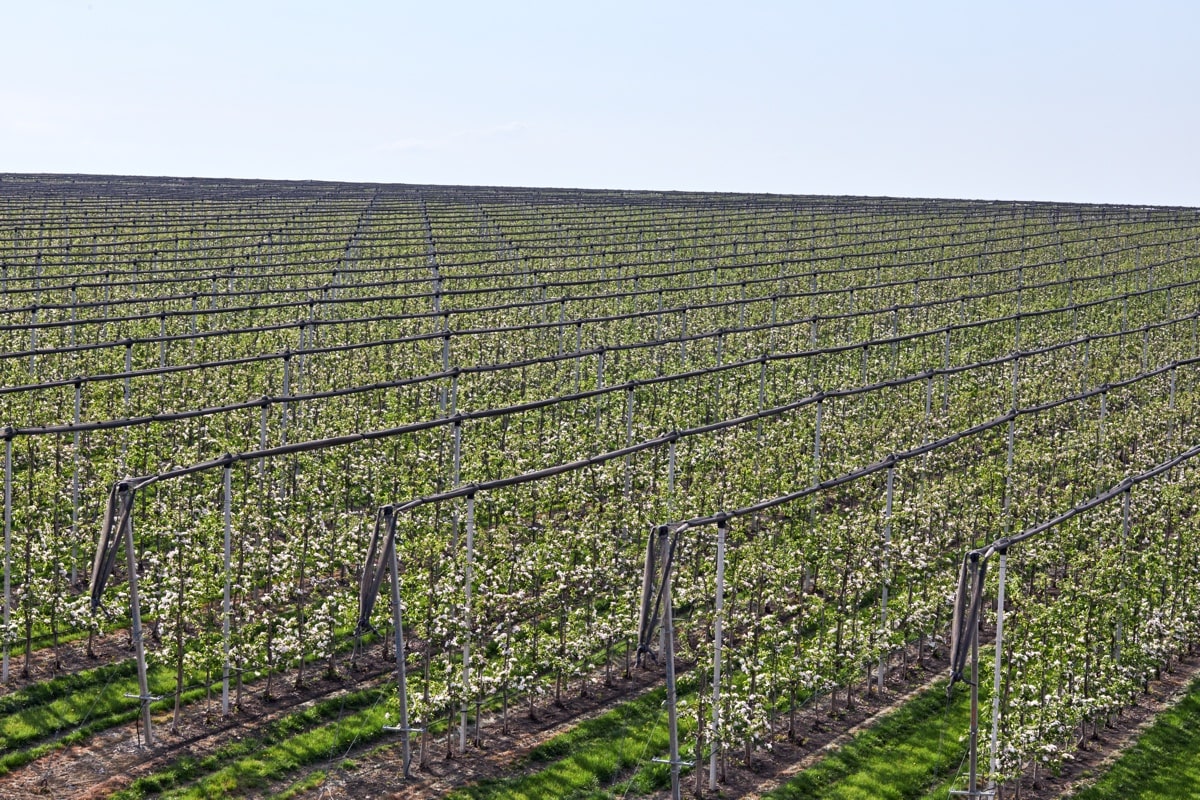